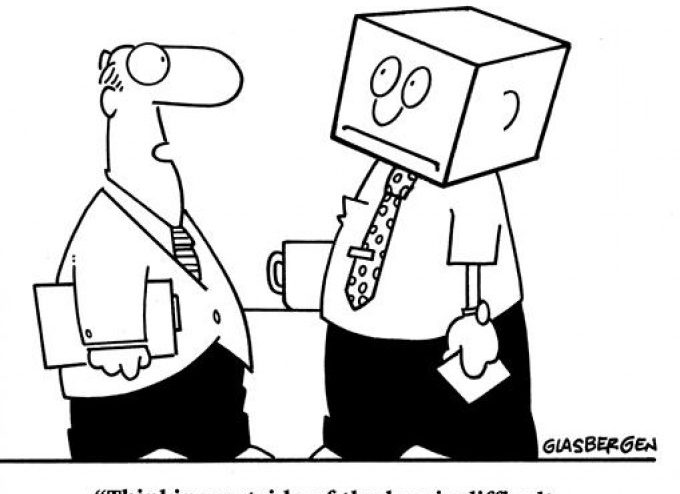 Creativity is a must have in today’s workplace.  Its one of the 4Cs all employers want.  People who can think outside the box are in demand, and always will be.  But I would take it a step further in that people who have the ability to redefine what the box is will always have a job, and many of them create that job for themselves.

Fast Company featured the 100 Most Creative People in Business last month.  The #1 person was Nate Silver (the Money Ballguy) who is a prime example of what it means to redefine the box.

He is quoted as describing creativity in two ways,  “pure expression” like in artistic endeavors and “finding different ways to approach and solve a problem.”  Creativity is problem solving at its best.  Silver has redefined the box by matching math and data with creativity to derive  “solutions in an era of information overload”.   An example:  Silver transformed predicting the success of minor league baseball players by looking at data instead of a scout’s opinion.  The things that were important in predicting success were not what most people thought.  He also was successful in calling the 2012 election perfectly (see his fivethirtyeight blog) by analyzing large amounts of data.  He redefined the box of election and pro athlete analysis by taking emotion out.

What can we do to be more creative?

How do you stimulate your creative juices?