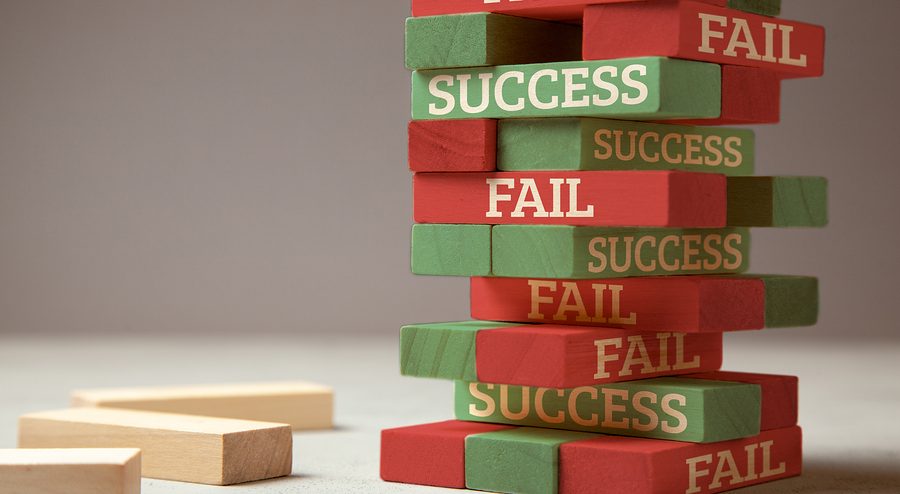 Sometimes You Will Fail, And That’s Okay

During a recent conversation with a client, he raised a concern about his leadership team expecting him to make every decision. The previous leadership set that expectation, but he wants to empower his team to make decisions they are capable of making.

The conversation reminded me of when my children were younger and learning new skills, like riding a bike. My youngest is very headstrong and lacks patience (he doesn’t take after his mother at all). If he doesn’t get it right the first time, he’s quick to say “I can’t.”

One of the best mentors I ever had, who just happened to be my first boss in HR, empowered me while still providing me with the guidance I needed as a new HR practitioner. Whenever I brought him an issue, he would ask me what I thought I should do. Eventually, I learned to come prepared with those possible solutions. Together we would weigh the options and determine which route to take. The longer I worked for him, the easier it became for me to determine what I needed to do to resolve a situation. And in the end, I learned to make those decisions on my own and simply inform him of how I intended to handle it.

I have a client that is experiencing a high level of change in their organization and as part of that change, I helped them lead an interactive workshop with their staff. When reviewing the potential outcomes of the feedback received during the workshop, I was very transparent with the group. Their feedback will guide change and the success of that change will be measured. Some of those measurements will show that the change is effective, but some is going to show that the change isn’t effective. And that’s okay. It means that we go back to the table. We reevaluate the plan and determine if we need to adjust to get the desired results. Or we decide that the plan isn’t the right one and we start over from scratch. Many of them looked a little shocked that I admitted that we will fail.

By mentoring employees to assess issues and come up with possible solutions, eventually, they will take that initiative without even having to think about it. And they will grow more confident in their ability to formulate those solutions and implement them. And in turn, they will empower their own employees and the impact will continue to trickle down the ladder and the entire team will become more effective, more cohesive, and more productive.

Do you empower your employees to create solutions? Do you support them when they fail?