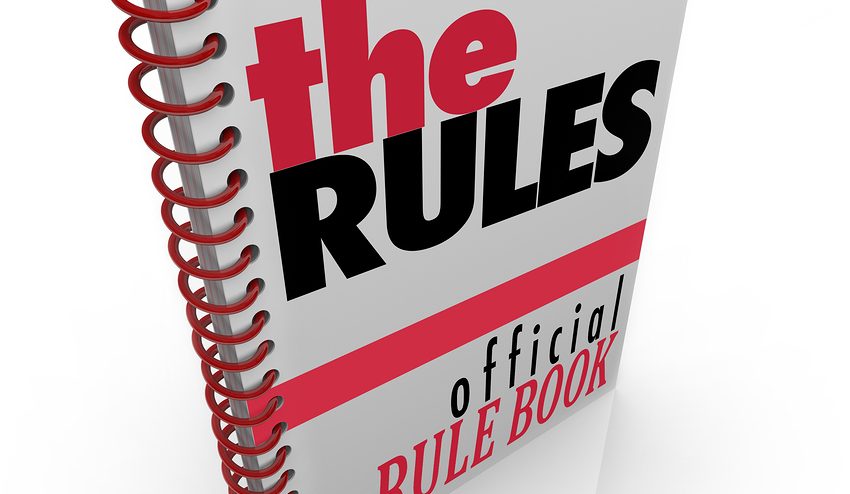 Rules to preserve freedom and culture: How innovative companies go about rule-making

“We have rules.” Was one of the first things a CEO of a highly innovative company that has also won several best place to work awards, said to me when I asked him what the secret sauce was for a best place to work.

Honestly, at first thought, I wanted to say, “Really?”

He went on to site some examples, but it took me a while to digest and understand, in my please-throw-out-the-employee-handbook type mindset, what he meant and why he was right.

And rules don’t have to contradict the need for a certain amount of freedom that is necessary for innovation to take place.

Let’s rely again on the analogy of America. Despite the political rhetoric these days that says we are all going to you know where in a hand-basket, America has a rule book, the Constitution, that governs the land and seems to work pretty well.   (I’m making the assumption as I made in an earlier post that the USA is the most innovative country in the world as measured by producing goods and services that people value as measured by GDP.)

The rules we find in the Constitution are designed to uphold core values/culture.  Because of this imperative the rules are:

So what do you do if you want to foster a rulebook for innovation in your organization? Take some cues from the Constitution that are also upheld in other literature on innovation by asking yourself two questions:

1. “Can I directly tie this rule back to one of our company’s core values that creates our competitive advantage?” What my intelligent and wildly successful business owner friend told me about his company’s rule book is there are processes and “rules” that they follow. And they are non-negotiable.  They are needed to the extent that they align with the company values that allow them to create value for the customer.

For example, many manufacturers we work for have a core value of safety.  Makes lots of sense.  Therefore, there are rules that govern working safe.  In this case, dress code, such as wearing steel toed boots and other PPE (personal protective equipment) is a rule and it a non-negotiable one.   Dress code in another industry and in another company may not be needed in your rule book at all.  Remember, is it helping you create value?

2. “Does this rule push authority down, treating people with a sense of freedom over their work?” My friend told me that his company has policies and procedures that encourage people to create.  They do this by giving them the freedom to come up with ideas, on the company’s time, that will help meet customer needs.  There is a “rule” that if you do this, and the idea goes to market, you get a share of the royalties.   Pretty cool.

In the book Work Rules! Laszlo Bock spends a good portion of the book describing Google’s rules to ensure that dictators can’t arise, or as he describes it, in one chapter titled, “Let the Inmates Run the Asylum: Take power away from your managers and trust your people to run things.” Here’s a list of things managers at Google can’t do on their own: hire, fire, rate someone’s performance, determine compensation adjustments, determine who wins an award, promotion decisions, final design of a product and when to launch it, and determining if code is sufficient in quality.  Man that’s a lot, but it mirrors the checks and balances system our founding fathers put in place when they created our nation, hmm…

While America isn’t perfect (just turn on the TV and you can get an earful on that these days), its structure provides some insights into two things companies desire in today’s business climate in order to create competitive advantage:  1) innovation and 2) attractiveness.  While I’ve heard some people say they are moving someplace else given the two presidential candidate options, they and I both know they aren’t being serious.   And they aren’t because they know that no president, even the one elected in the still most powerful land in the world, can single-handedly take a way two things- the core values that govern this nation and their freedom.

What questions do you ask yourself when you want to create a new policy or rule?