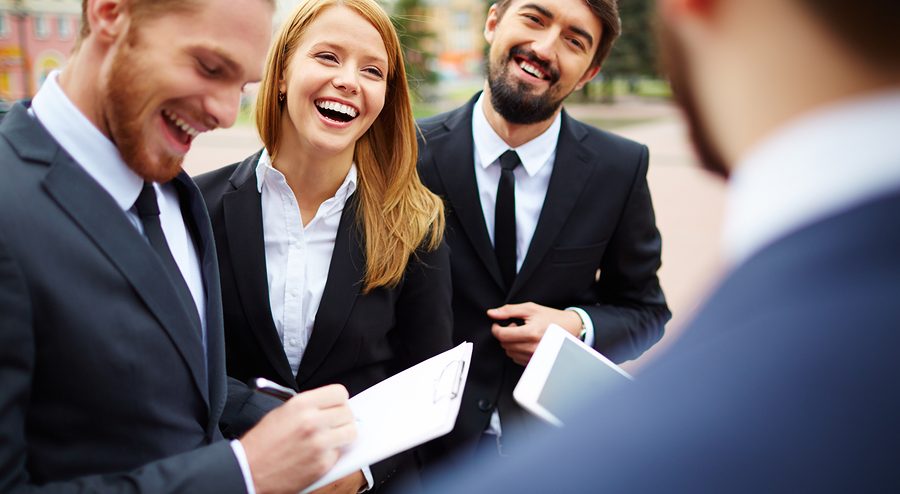 Laughter is the Best Gift You Can Give

Returning home from the HR Tech Conference proved to be a challenge when it came to weighing our bags. One bag weighed too much.  How did this happen?  It wasn’t that way coming.

It was all the swag from vendors!

I was impressed by the vendors’ creativity in designing their gifts. I didn’t even have to buy a souvenir for my kids. I snagged a backpack for my son, nail polish (bright purple and pink, no less) for my daughter and a coloring book and colored pencils for them both.

I got a monogrammed luggage tag for me, a personalized t-shirt that states “HR Llama Don’t Want No Drama” with a cool looking llama on it, two mini bottles of champagne, two cool water bottles and the customary hugger for my husband. Why he loves to collect those things, I don’t know.

But, by far, the best gift was at the Globoforce booth. I like their mission and mindset anyway, so I was planning to stop by their booth regardless. But their marketing took the cake.

Basically, the way their prize worked was that two young and lively staff members where there encouraging you to spin a large wheel. There was only one actual prize on the wheel which was a paid trip to the Work Human Conference. The rest were phrases that described things that could go on in a typical workplace. They asked me a series of engaging questions to get to know my workplace, then asked me to spin the wheel.

I missed the conference trip by one tick, but what I got was an improv skit from the two staffers based on the information they got from me and where the wheel landed.  IT WAS HYSTERICAL! 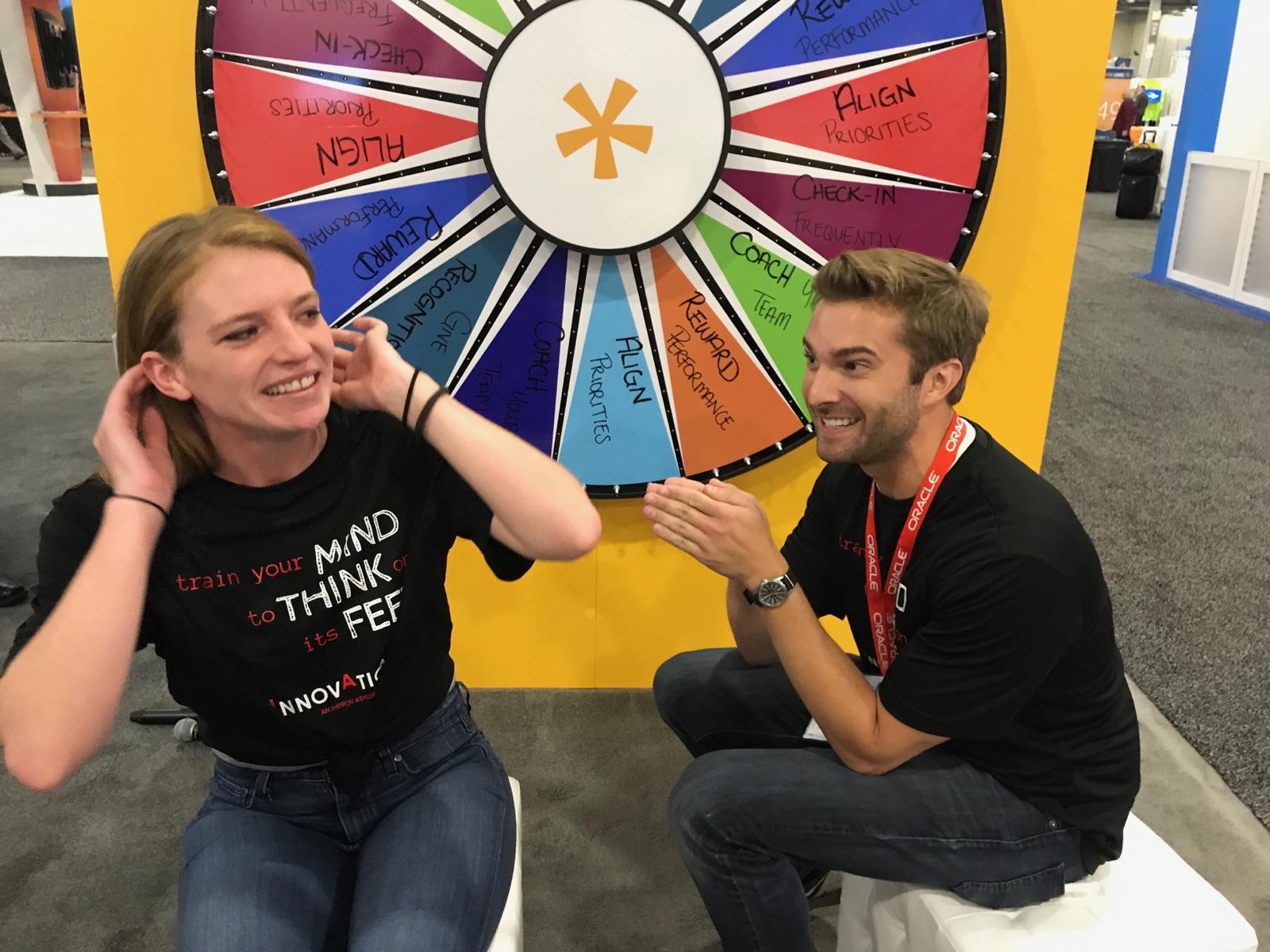 It was more memorable and a lot lighter (pun intended) than anything I took away from other vendors.   Which would lead me to use them before I used any other vendor in their space.

Laughter really is the best gift.  Especially when it’s so on point with your mission to make the workplace more human.

What do you do to make your workplace more human?