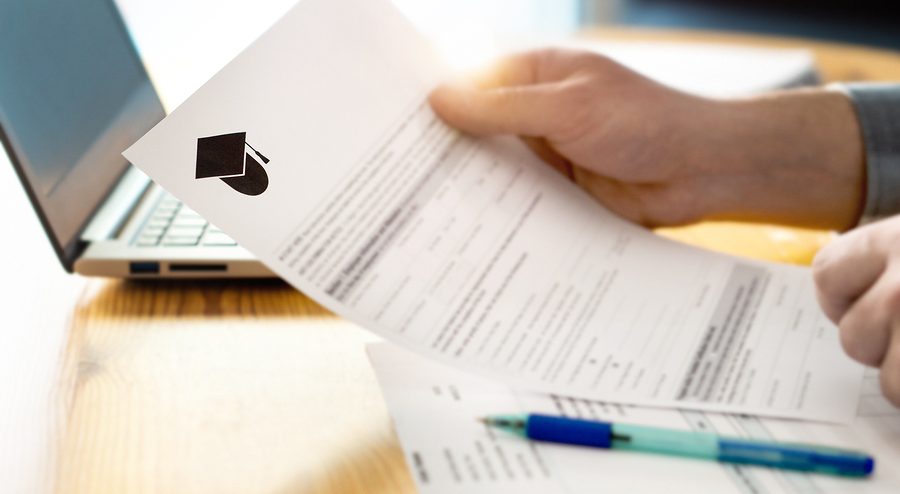 Did you know that Alabama has a “College Application Campaign”? A statewide initiative with the goal of having EVERY high school senior in the state apply to at least one college. I found this out last week thanks to the high school guidance counselor’s weekly email blast. I’ll be honest, as an HR professional, I had to hold myself back from sending her an email outlining the negative impact of such a campaign. I’m still tempted to.

I graduated high school many moons ago, in an era when high schools still had classes like shop, mechanics, and electrical design. I still have a lamp I made in Mr. Roberts’ shop class when I was in sixth grade (and it still works!). My high school had a separate vocational building that housed these classes and the students put their talents together each year to build a prefabricated home on the school grounds that they auctioned off; the proceeds going to charity and to the next year’s project. If students had issues with their cars, all they had to do was drop it by the garage at the school and the mechanics students would take a look at it.

I also graduated high school at a time when the push to attend college was ramping up. Students were told that college was a necessity if they wanted to get a good job. Vocational schools were starting to be looked down upon and going straight into the workforce after high school was deemed disgraceful.

And 20+ years later, we are seeing the impact of that push.

Our skilled trades are dying out as a result of our education system thumbing its nose at manual labor. Yet we continue to push high school students towards college and away from trade careers. We still trick them into believing that a college education is the only way to be successful, to earn your top salary potential, and to be happy in the career you choose.

My father has owned his own construction company in Virginia for almost 50 years. He is 68 years old and still works five to six days a week, still flips homes on the side, and still enjoys his passion for woodworking on the weekends. He never went to college. Yet he has made a great career out of something he has always been passionate about and he is well known, respected, and sought after for the work he does. Growing up I spent a lot of time helping him and in the process learned to love it too.

Local school systems are starting to see the need to revive vocational courses in education and are focusing on establishing Career Technical schools. But these efforts are not enough if we are continuing to push students to go to college and continuing to turn our noses up at trade careers. Instead, we need to encourage students to take their own path, whether that’s college, a technical school, or going straight into the workforce.

Some schools across the country are starting to do it right, like Connally ISD in Waco, TX or Powhatan High School in Richmond, VA, who both participated in the first National Signing Day sponsored by SkillsUSA and Klein Tools. It was designed to recognize students who are signing letters of intent for job offers, accepting apprenticeships, or attending technical schools after graduation.

And employers aren’t exactly helping either. The majority of jobs posted today require a minimum of a Bachelor’s Degree to even be considered. Yet when I speak with clients, many of them say they don’t care what major that degree is in, just that the candidate has one. What does that say about the requirement? The response I often get is “it shows the candidate has initiative.” But does it really? Or does working hard and advancing in a career show initiative? Does being self-taught, seeking out education through training courses, certifications, or apprenticeships not show initiative? We as employers need to rethink our requirements as well. Does a position truly require a degree? Or do we need to give more consideration to experience over education?

What will happen in the next twenty years if we don’t shift our way of thinking if we don’t encourage students to explore alternatives to college and continue pushing them into thinking that a Bachelor’s Degree is the only way to be successful?