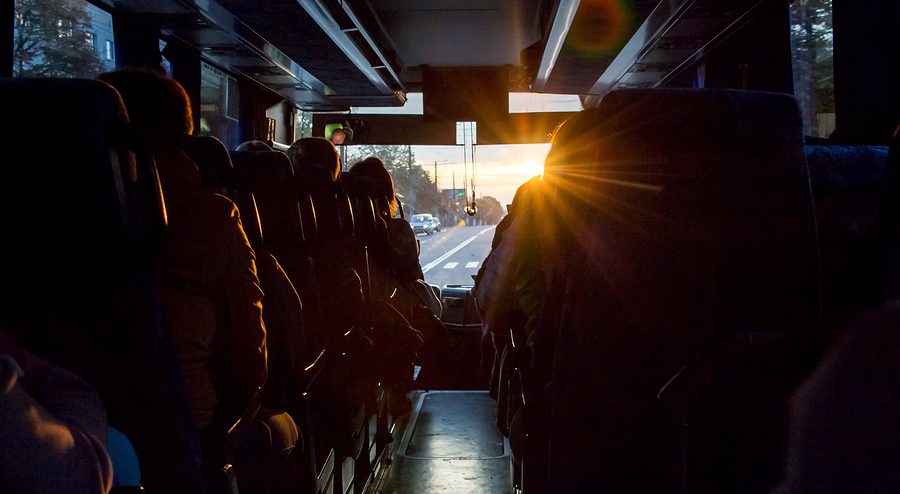 Find Another Seat (or Challenge) or Get Off the Bus? How to Lead when Skill is High but Will is Low

But somehow, they are also the most disinterested person in the room.  Whether this disengagement comes from boredom or burnout, you can’t be sure, but it is obvious they’d rather be anywhere doing anything other than what they are really good at doing.

You need them to do it, but they don’t want to.  They have high skill and little to no will. And interestingly enough, because they have no personal drive to do it well or with excellence, their skill begins to tank.

What do you do? It often comes down to one of two things:

For example, my almost nine-year-old is in the throes of multiplication tables.  This semester, he has to demonstrate mastery of all his multiplication facts by completing a test on each fact family and getting them all correct in less than a minute.

He probably could have done this all (except for maybe the nine and twelve fact families) day one.  I’m not sure how he learned them all, but I do know he has a natural ability with numbers (he gets it from his daddy) and he often thinks in numbers, not in words.

But, we are required to practice the facts for at least 10 minutes every night and sign off it has been done.

Needless to say, he’s so over it.  So, we’ve had to find other ways to challenge him in doing this routine every night.  We skipped ahead, doing harder fact families that he wouldn’t be tested on for a few weeks because he had already mastered the ones he was being tested on next.  Then we went to challenging him to apply the multiplication he learned by multiplying two digits instead of just one, or we broke it down and showed him how he could divide, which is a concept they hadn’t started yet in school.

We’ve also engaged him in teaching his sister (in kindergarten) basic multiplication facts, which he loves (and she tolerates).

So, we challenged him.   And the same is true of what you should do with someone you are leading that has a high skill level but is so over doing what they are doing.  Challenge them to take it to the next level by:

But something strange happened.  We had been practicing our four and eight fact families and he had mastered them. We went to revisit these facts the night before the test on them just as a brush up on his skills. Well, when simulating the same situation as the test (all thirteen facts listed to answer correctly in less than a minute) he flipped out and said he couldn’t do it. He just froze and it was like all he knew had vanished.

Honestly, I think we had beat a dead horse.  He had practiced so much when he really didn’t need to, that he was burned out.

So I told him to go to his room and rest.  He didn’t want to, but he did. He came back down about 15 minutes later had made a paper airplane and said he was ready to try again.

He answered all his fours correctly in less than 30 seconds and completed the eights correctly with about fifteen seconds to spare.

He just needed a break. He was burned out.  Much like some of your people who are highly skilled are.  If you see someone’s will begin to wane on something they are highly competent in doing, first challenge them to take their skill to the next level or give them an assignment to teach someone else to do it.  If that doesn’t work, give them a break.

I found myself at this high skill, waning will point not long ago.  After a solid spring and half the summer spent facilitating a lot of training that more often than not required travel, I found myself at best bored and at worst burned out.  And honestly, I felt like I had gotten worse at it.

I love nothing more than helping other people succeed in leading, but after almost ten years of training and many months training on the same content over and over again, I was kind of over it.   had the experience and knowledge to do it well, but I felt myself not doing it very well because I was bored by it and tired of it.

I was also pregnant, so that might have also had something to do with my mood over it all.

A break from travel and work being required with the pending arrival of our child, I had to have a plan. And I had to rest.  I took a risk and hired someone else to train. And I am so glad I did.

This brings up a third route for leading others (and yourself) well when your will tanks in high skill areas: divest in it.

I actually have done all three of these things related to my skill and will with group leadership training.  I handed off the bulk of it to someone who has a high skill and will for it, I challenged myself by beginning to build new training content using my skills, and I’ve enjoyed teaching our new colleague on the unique way we feel like we add value in our training approach.

What do you do when you or someone you lead is highly skilled but has lost the will to do something or do it well?