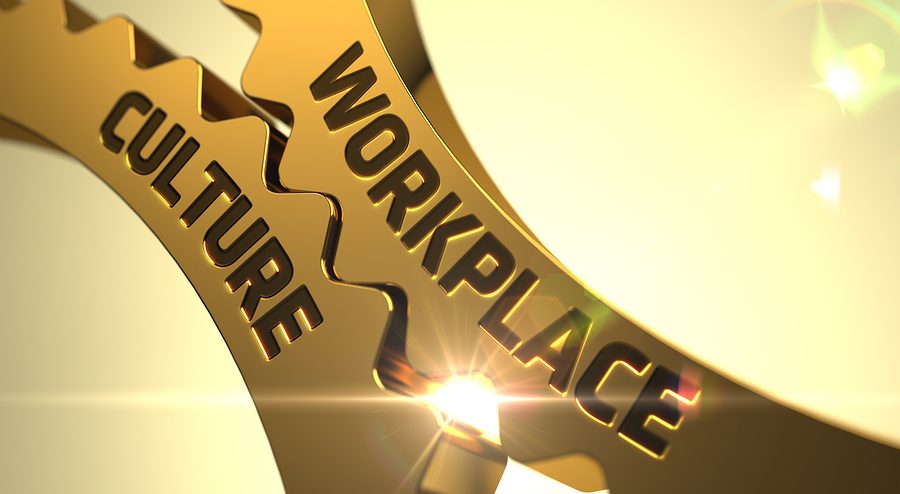 “The work of culture building is never done.  It’s always a work in progress.” – Adam Grant

People were excited about the concert Tuesday night at #SHRM18, but I was giddy about hearing Adam Grant speak that morning.  The organizational psychology nerd in me was so excited to hear Adam Grant speak, and his comments did not disappoint.

Top takeaways from his presentation all centered around company culture:

1. What got you here won’t get you there. Hire for cultural contribution (if you are a big company).  Cultural fit is still important for startups.

I think most people miss Adam’s overall point in this.  Many simply hear him say don’t hire for cultural fit.  But he cited a study showing start-ups that focused on hiring for cultural fit above other characteristics had a 0% failure rate, surviving for at least 15 years.  Interestingly though, what happens post IPO is that cultural  fit is the worst way to hire.  As a company grows, you need more change and adaptation. Cultural fit doesn’t sit as well.  Instead, look at what is missing from your culture and hire people that can help you fill gaps and adapt.

2. Not hiring toxic people is more important than hiring good people. Regardless of company size, hire givers, not takers.

Adam stated that the cost savings of not hiring a selfish employee are more than twice as valuable as hiring a superstar, or the top 1% of people in terms of performance.  In addition, the negative impact of a taker is more than double to triple the positive impact of hiring a giver.

This is because givers make cultural contribution.  They 1) share their knowledge 2) make connections and 3) create an environment of sharing.  All of which lead to innovation.  Takers sabotage all of this.

3. Worried about how to screen out toxic people?  Ask one simple question.

People who are takers are not the same thing as people who are disagreeable.  You can be agreeable and be a giver or a taker and be disagreeable and be a giver or a taker.  Think four-box grid. Disagreeable givers aren’t afraid to speak up, saying what no one wants to say, which leads to better results. They are more committed advocates for original thinking and are often disagreeing because they are intensely loyal and passionate about the company and the mission.  You need to hear them; they give through challenging.

For more on this idea, take a look at Adam’s Ted Talk on the subject.

5. In order for people and companies to thrive, build a culture that welcomes upward challenge.

When was the last time you questioned or disagreed with your boss?  Do you feel comfortable doing so?  If not, and if you aren’t alone in your organization, most likely your company isn’t capable of remarkable results.  Adam cited Bridgewater,  a company where, “no one has the right to hold a critical opinion without speaking up about it.”   Their website says the culture is one in which, “meaningful relationships are pursued through radical truth and radical transparency.”   One dimension of performance evaluations at Bridegewater is challenging upward.  People are actually rated on whether or not they challenge their boss and their boss’ boss, all the way up the ladder.   The company has consistently outperformed its competition in the market.

Most people hate to be challenged and hate to receive negative feedback.  But Adam’s talk emphasized that both are necessary for a great culture to thrive. Great leaders seek out both challenge and negative feedback.  He showed a hilarious video of his colleagues all reading negative feedback they received from students.  When employees saw the negative feedback videos there was an 11% increase in a growth mindset.  Creating such a video shows you can take it and opens people up to realize that there is nothing that can’t be voiced.  It is the beginning of a culture where people can speak truth to ideas.

7. To communicate original ideas, give people a reference with a tune they know.

If you have a truly original idea, most likely people lack the schema or reference point to understand it.  If you can relate your idea to another in a different context (for example,  the match.com for companies and job seekers) people are more likely to understand and be open to your idea. “You have to take your unfamiliar idea and make it familiar,” says Adam.  The more you know outside of your organization and your industry, the better you are at making connections to get your ideas adopted.

8. People who really believe in a mission and are able to contribute in the most meaningful ways are ruthless prioritizers.

People in this category are able to not pursue a good idea because it isn’t as good as another idea.  What you aren’t working on is often more important than what you are working on.

9. Crowdsource questions, problems and requests making it easier for people to be givers. It’s imperative to create channels for knowledge sharing.

This gives people the opportunity to ask for help, especially when they have an unproven idea.  An innovation tournament where problems and requests are presented and people work together on solving them is a good way to put this idea into action.

Adam Grant’s points at #SHRM18 and in any of his other talks or books show what makes him one of the world’s 10 most influential management thinkers and a part of Fortune’s 40 under 40.  His ideas are 1) grounded in research and 2) unconventional. His ideas disprove the status quo with data and science. He’s the type of scientist-practitioner we should all strive to be.

Originals: How Non-Conformists Move the World

Give and Take: Why Helping Others Drives Our Success