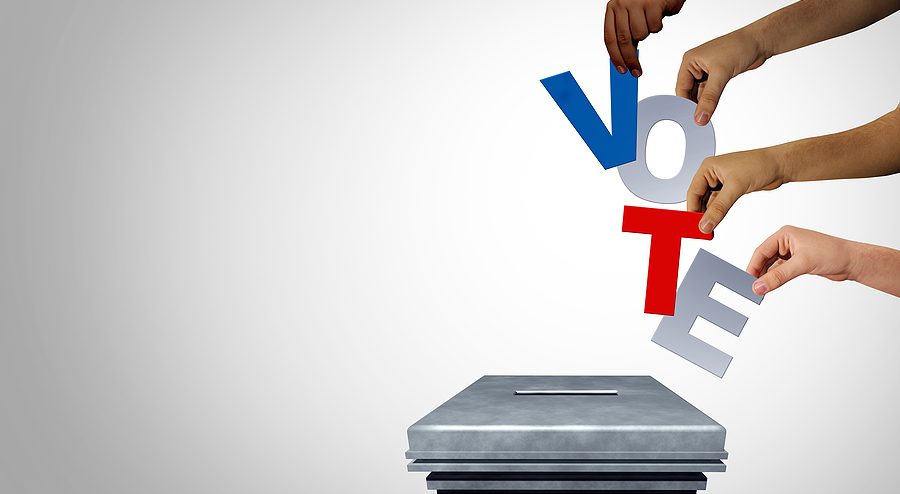 5 Reasons to Vote in the Alabama Primary May 24th

I met Katie Britt- Katie Boyd as we all knew her then- for the first time on a trip to visit The University of Alabama during my senior year of high school. Katie was serving in leadership roles with a couple of groups I was considering being a part of once I started at The University in the Fall, and she made me feel welcome.

The two groups I was considering joining were groups that seemed to be worlds apart when it came to their purpose and approach on campus. One was intellectually based, the other social. Katie made me see that it was possible to be a part of both. She didn’t have to pick one, or even two things that would define her, and neither would I.

As college went on, Katie would become President of one of these groups while also serving as the Student Government Association President. At twenty-one years old, Katie was leading organizations with combined budgets of close to a million dollars.

Katie was and continues to be this. Both as someone who serves in multiple roles with grace and poise and who acts as a leader in all things. She hasn’t defined herself just as an attorney even though she has a law degree, or a mother even though her two wonderful children are the center of her world, or a wife even though she and her husband Wesley are deeply committed to one another. She isn’t just someone who knows Washington even though she’s served in various capacities in Senator Shelby’s office, or just as a fifth-generation Alabamian who is devoted to its citizens and the business community even though she’s led the Business Council of Alabama and served in roles with The University of Alabama.

Because she is all of these things, and she refuses to choose one identity, she is the very best at each role. She is a difference-maker, and therefore, just as my second grader’s teacher says, she’s a leader. Difference makers are the leaders.

Katie, of course, is now running for The United States Senate. She’s seeking again to be the person chosen to represent us. Her experience and accomplishments speak for themselves as to why she’s most qualified for this role out of the candidates seeking the office, but I’d like to offer a perspective that I believe speaks to the person Katie is that has led me to get involved in a political campaign when I swore I never would. It is the perspective that will lead my family and me not only to vote for her on May 24th but to set aside our desire to stay out of political controversy to spend our time and energy on her campaign.

1. Katie is the hardest worker. No one works harder than Katie.
Stemming out of her mentality of whom much is given, much is required, Katie is like the servant who was given ten talents and then produced ten more. She’s good and she’s faithful. She’s been the only candidate who has put her own boots on the ground in all 67 Alabama counties, meeting with individuals of various walks of life throughout the state. On the few occasions I’ve been with her on visits in Morgan County, her message is: “We are working hard to win your trust and your vote.” That she is. And that won’t stop when she gets to Washington. She’s the one to invest in that will put Alabama First and continue to work hard to invest her energy and love of Alabama to make a difference for us.

For example, she was instrumental in getting federal dollars to help strengthen infrastructure in our area. And if you’re like me and spend a lot of time driving back and forth on I-565, this is so important. What’s going on to equip I-565 to handle the growth we are experiencing is happening, in part, because of Katie’s efforts.

2. Katie cares. Katie is a listener.
Katie’s worked hard to make sure she’s in all counties and all areas of our state to win trust and votes, but also to listen.

I had the opportunity to be with Katie when she visited Kiwanis Pancake Day in February this year. She shook hands with lots of people that morning, but no one handshake was any more important to her than another. What struck me the most was the way she interacted with a little girl in line waiting for pancakes. As her campaign team was trying to direct her to move towards the exit to make it to another event on time, Katie bent down, lighting up to speak to the little girl. It was clear this precious little girl had some developmental delays. Katie looked her in the eye and told her she loved her glasses. The girl lit up and started talking to her and Katie listened. Katie sees and listens to the ones that often go overlooked. I know Katie will go to Washington with little girls like this one on her mind. And she will continue to shine her light equipping others to do the same.

3. Katie is a consensus builder.
On another occasion when Katie was in Morgan County campaigning, she was asked what impacted her the most while working for Senator Shelby (she spent time serving as both his Press Secretary and Chief of Staff). When did she learn the most from him, the gentleman in the audience asked. Katie thought for a second and cited a time when she got to watch Shelby and one of the most liberal Senators at the time work together to keep the government funded and going. I wasn’t shocked that this is what she mentioned because the Katie I know is a consensus builder.

I watched her do it in college and I heard about how she did it as the leader of the Business Council of Alabama when the situation was less than ideal. At a time when things are so unbelievably polarizing in our country, I believe what we need the most in Washington is people willing to 1) work hard 2) listen and care well and know that this combination equips someone to build consensus.

This doesn’t mean compromising on what matters most to the constituents Katie will represent, it means building relationships in D.C. and beyond so that what matters most to Alabamians will be heard and recognized because the person voicing them on our behalf is respected. This will be unbelievably important as Alabama steps into a situation where both of our senators, regardless of who is elected, will not have seniority.

4. Katie knows the government’s place.
Katie is unequivocally focused on continuing to build the American Dream for the next generation of Alabamians. She knows that this will only happen when freedom is at the forefront of what we do as a country and where we aren’t strapping our children and our children’s children with a level of national debt that will cripple the dream. The first line of where Katie stands reads, “As the Senator for Alabama, Katie Britt will be our advocate for smaller government, modern job growth, constitutional liberties, and greater opportunity.”

She knows that greater opportunity comes when Alabama families, our faith-based communities, and business and industry lead the way. It is not the government’s job to lead and to spend more than it can ever possibly sustain. It is to support good-paying, competitive job creation and provide all citizens with the education, opportunities, and safety to realize the American dream.

Katie also has the business experience to do this. She walked into a debt-ridden situation at the Business Council of Alabama and when she stepped down to run for Senate, left the entity not only with a balanced budget but with a surplus. She advocated and lobbied for policies while at BCA that supported and spurred business and job growth in Alabama. Any government funding or spending she has ever advocated for is an investment in the future competitiveness and attractiveness of our state and nation, not a government handout or a pet project.

5. Katie represents a perspective and a demographic that we need more of in Washington.
There are currently twenty-four females in the United States Senate, one-third of which are Republicans. Of these eight female Republicans, none have children at home or are younger than the age of 18, thus labeled “working moms.” Approximately 25 million women in the United States are “working moms.”

Katie turned 40 this year. There is only one person, Senator John Osoff (D- GA) who is under the age of 40 currently serving in the Senate.

Selfishly, I want someone in the Senate that represents a voice more similar to my own. Currently, there are none. A wife, a mom of school-aged children, a business and political leader, and an Alabama-born and bred Senator is needed. So needed.

Katie has come under some criticism for running for such a demanding job given the age of her children (they are both in middle school). To them, I say, you don’t know Katie. And you also don’t know that her children were among the first to challenge her to run- to step up. Katie is not one to sacrifice one role for the sake of another. Throughout the campaign, she’s still dropping her kids off at school more days than not, cheering them on at their sports endeavors and supporting them in academic and social excellence. I know this first-hand. On her visit here in the fall, she made sure she left an event here to get back in time for a basketball game. But she will accomplish more while here because she’s present while here, just like she’s present at home. As one dear friend of mine noted, “She’s got her priorities straight.” And she’s still visiting more places across the state and visiting with more Alabamians than her opponents.

Thank goodness for people like her who refuse to choose and who refuse to back down to criticism that is a result of her excellence in all that she does. As her campaign website reads, “Katie and Wesley have chosen Alabama once again by putting themselves forward, enthusiastically volunteering to fight to ensure their kids — and our kids — have the opportunity to choose an Alabama worth fighting for long into the future.” Amen to that.

The enthusiastic and genuine Katie Boyd, now Katie Britt, that I met over twenty years ago and made me feel like I mattered is who I will be voting for in May. Maybe that is all that needs to be said of her. She knows you and I and the little girl with glasses at Pancake Day matter. If you’ve met her you know it to be true because she made sure you knew you mattered when you interacted with her. And I know she’ll lead with this attitude in Washington, representing every Alabamian with grace and poise.

You matter. And your vote matters. I hope you’ll join me in exercising your right and privilege to vote on May 24th.